John “Jack” Kroll is a proud Denver native and University of Colorado alumnus and is honored to serve his constituents and the university as the Regent from Colorado’s 1st Congressional District. The University of Colorado Denver awarded Jack his bachelor’s degrees in economics and English in 2011. Jack also earned his master's degree in finance and risk management from the Denver campus in 2020

Professionally, Jack worked for the University of Colorado Boulder as an Associate Director of Admissions for nearly 11 years. This role placed him on the frontline of the fight for access and affordability to higher education. For 11 years he worked, every day, to help students realize their dream of a college education.

The brother and son of veterans, Jack is especially passionate about helping men and women transition out of the military and into college. He founded CU Boulder Military Student Day, which allows veterans and their family members to explore the educational opportunities available at CU Boulder.

In February, Jack left the University of Colorado Boulder to start a new career in public finance. Jack now works for North Slope Capital Advisors, a municipal advisory firm that works with many of Colorado’s higher education institutions to help them finance capital projects.

As an undergraduate student at CU Denver, Jack served as Student Body President and then as Chair of the Inter-Campus Student Forum, a position that allowed him to represent all 55,000 students in the University of Colorado system to the university’s Board of Regents.

Jack is married to Vanessa Roman from Pueblo. She previously served on the CU Boulder Alumni Board of Advisors and previously served as the Co-President of the CU Boulder Latino Alumni Association. She strives to extend opportunities for higher education to all students and did so previously in her role as Associate Director of Admissions for CU Boulder. Vanessa now serves as the head of outreach for AdvanceEDU, which is Denver’s first hybrid college. In January of 2020, Jack and Vanessa welcomed their first child, Lucy Amelia Roman-Kroll. 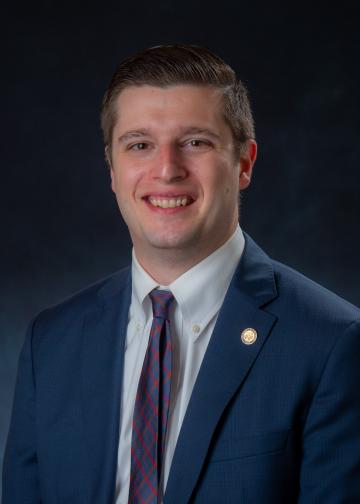